Because everyone needs a GREAT SHOT. TM

And a portrait session makes a most distinctive gift!

It's been said that my style of portraiture is both elegant and timeless. That my lighting brings out the very best in my subjects. 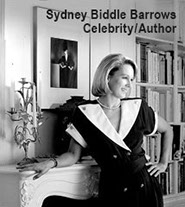 The portraitist must capture the essence of his subjects. This is the difference between a portrait, and a snapshot.

I specialize in "environmental portraits".  This means photographing the subject in their favorite environment:  at home, work, on their yacht, or even in Times Square at night. (My midtown studio is always a great option as well!)

Every session is unique. Your session will be unique as well. 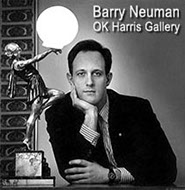 I've photographed royalty and celebrities. The famous and the infamous. And people from more traditional walks of life. Every portrait is a celebration of my client.

It's all about you.

Every new portrait session is just as exciting to me as it is for my clients. Each one is an opportunity to work with someone new, and create something special.

What does a portrait session include?

What are the prices?

CONSULTATION:  An portrait session starts with a consultation days or weeks before the actual photography. We will go over all the details, and the planning. This can be done in person, by phone, or video chat.

PHOTO SHOOT:  Your photo session is not rushed. I allow as much as four hours for a location session (not including transportation time).  And I allot as much as two hours for a studio session. More time can be arranged.

POST EDIT SESSION: The next step is editing the images and choosing the best shots. I'll work with you in going through the photos.

PRIVATE ONLINE GALLERY:  The edited session will be posted to a private online gallery, and includes a complete set of medium-resolution images.

RETOUCHING:  A half hour of digital retouching is included for the shot of your choosing. 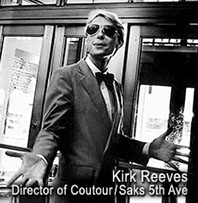 ON LOCATION: I am happy to accommodate a range of location sessions. The fee is based on travel of under 30 minutes each way from my east midtown office. Location sessions are $1,250 + transportation.

IN STUDIO:   I maintain a wonderful shooting studio in east midtown Manhattan which may be a preferable option for many clients, especially those from out of town. East Midtown studio session is just $775.

A 50% deposit is required for booking. All balances remitted prior to session.

Hair and make up artists are available for an additional fee. Arrange when booking. Additional services are billed by quote.

Take care of the small
deposit and I will contact you.

We will all have a great time!

Few gifts have the lasting impact of a quality portrait session. Plus, the photo session is a unique experience. "I can't believe how much fun this was!" is a frequent comment.

It is a gift that grows in personal value every year. It hang prominently on a wall, and gets passed down from one generation to the next.

A Portrait Gift Certificate is mailed to you or recipient, making this is a brilliant gift!

FIRST TIME CONNECTING WITH US?

Drop us a note in the form below.

My work has hung in galleries, museums, auction houses, been written up and appeared in The New York Times, Art in America, Art Business News Magazine, ArtSpeak Magazine, and been published all over the world in books, magazines, and major ad campaigns.

I originally trained as a fine art painter and printmaker at The National Academy of Fine Art & Design, and The Art Student’s League of New York. I later became a “Master Printmaker” for world famous artists Erté, Moser and McKnight, before producing my own editions.

Oddly, I didn't discover the camera until my early-twenties. But within a few months I racked up a string of gallery and museum showings, leading to many early reviews. My lifelong passion for photography had begun, and has stayed with me.

I am the author of numerous books and educational DVDs on the graphic arts, literally hundreds of articles for arts magazines, an art education consultant to many schools, and I have co-produced years of creative seminars with Apple Computer and Adobe.

I look forward to working with you!

By appointment only. No walk-ins please.